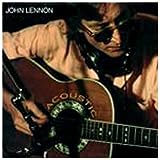 John Lennon was celebrated for the ornate and auparavant-garde adornments he brought to the Beatles, but he also at instances responded to a potent impulse to strip his audio to its raw essence. In fact, Lennon would have flourished in the unplugged era, when the nakedness of his best lyrics and the reducing directness of his unbelievable voice would have been in the fore. Since John in no way received about to performing an acoustic collection, the process has fallen to Yoko Ono, who’s pulled together sixteen skeletal Lennon tracks, like seven formerly unreleased options. Of certain note are riveting recently surfaced Plastic Ono Band demos of “Properly Properly Nicely,” “God,” and “My Mummy’s Dead,” and a harsher-than-the-electrical edition of “Cold Turkey.” Several early ’70s are living recordings and a smattering of later demos flesh out the collection. The booklet includes lyrics, tablature, and chord diagrams, though the liner notes are sadly skimpy. —Steven Stolder